St. Luke's -- What We Believe and Who We Are 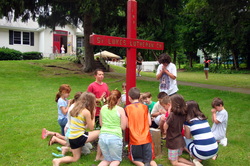 
Jesus brings people close to God. Lutherans believe their lives -- today, tomorrow and in eternity -- depend on Jesus

Lutherans live with a sure hope of eternal life because of Jesus Christ. They know they're not perfect, that they stumble and fall in their daily walk with God. But they also know that their forgiveness has been won and paid for by Jesus Christ and when they repent and seek forgiveness, God will forgive them because of Jesus.

And, they want to tell others about that hope! Lutherans often refer to three "solas" (Latin for "alone") as a summary of the faith that gives them hope:

Lutherans talk about Law and Gospel. The Bible gives the Law showing God's expectation of people and the terrible consequences for not following His commands. But the Bible also reveals the Gospel -- the "good news" of God's love and forgiveness.*

As members of some 6,100 congregations, we count ourselves as some of the 2.6 million baptized members in The Lutheran Church -- Missouri Synod. We emphasize the local congregation. That's where people are touched one-to-one. That is where the Word is taught, where our sacraments of Baptism and the Lord's Supper sustain our life with God.

Our Synod -- our national organization -- serves in support of and on behalf of its local member congregations. Support includes hymn books, resources for ministry, and worship material. Local churches receive help for special areas of ministry to serve people in both the congregation and the community

As a Synod, we combine our strengths and resources to do things that individual congregations can't do. We send missionaries to other countries and maintain colleges and seminaries, provide loan funds for building churches, and operate a health and retirement system for full-time church workers.

The word synod comes from two Greek words: syn, meaning "a meeting or assembly," and hodos, meaning a "way or journey." We describe ourselves as congregations "walking together," because our congregations all confess and practice the same teachings of God's Word.

The Synod was formed in 1847 by 16 congregations, representing German Lutheran settlements in several U.S. locations. It was first known as the German Evangelical Lutheran Synod of Missouri, Ohio, and Other States.

While our LC-MS forefathers were German, today we count members with ancestry from every continent, including North America. Yes, the national office is in Missouri -- in Kirkwood, part of the St. Louis metropolitan area.

Together with the local churches, the LC-MS coordinates missionaries in 43 other countries and connects with 19 partner churches worldwide.**


* Taken from Concordia Tract, Who are the Lutherans?, Copyright 1993 CPH. Reprinted by permission. 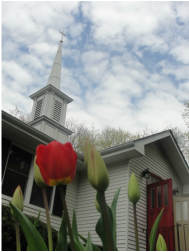 Early in 1942, residents of Putnam Valley petitioned The Lutheran Church of Our Redeemer, Peekskill, New York, to begin Lutheran services in this area because of gasoline rationing due to war-time restrictions.

After the territory was surveyed, the Reverend Gary E. Germann, pastor of Our Redeemer, held
the first service in the Democratic Club Room at Oregon Corners at 4:00 P.M. on October 4, 1942.  Seventy-six people attended.

As the congregation grew, a full-time pastor was needed to carry on the work, and so on the fourth anniversary of The Putnam Valley Lutheran Church, October 4, 1946, the Reverend John C. Hinsch became the first permanent pastor. Again as the congregation grew, the name was changed to St. Luke's Lutheran Church. On April 2, 1950, ground was broken for the building they had purchased from Redeemer Lutheran Church, Barnes Avenue, Bronx, New York. The chapel was dismantled in three foot sections and trucked to Putnam Valley where it was re-erected.

In 1959, again on October 4th, a special service of thanks was held during which the mortgage was burned. On October 1, 1961, ground was broken for a two-story educational wing. This was erected with much of the labor being volunteered by members and was dedicated on May 28, 1962.

On October 31, 1967, Pastor Elgert left St. Luke's to accept a call to Trinity Lutheran, East Hampton, Massachusetts. The following summer, July 14, 1968, the Reverend Arthur A. Downing was ordained and installed as Pastor of the church. In January of 1971, he accepted a call at St. Mark's, Brooklyn, New York. The Reverend James Jaekel was installed on June 27, 1971. On April 2, 1989, Pastor Jaekel accepted a call to St. Paul's Lutheran Church in Saratoga Springs, New York. During our pastoral vacancy, Pastor Thomas Green, Pastor Ralph Dorre, Professor David Jacobson and Pastor Thomas Sluberski, all of Concordia College, Bronxville served St. Luke's with dedication and love. On April 14, 1991, Pastor Chris Nilges was installed as the shepherd of St. Luke's. After Pastor Nilges left St. Luke's in 1994, Pastor Robert Meyers served as St. Luke's Pastor until early 2001. Later that year, St. Luke's was blessed to have Pastor Donald Hoger delay his retirement to minister to the needs of the St. Luke's in its time of vacancy. In January 2002, St. Luke's welcomed Rev. Roberto Munoz to serve as its Pastor; Pastor Munoz left St. Luke's in 2010.  Vicar William Vangor -- a long-time member of St. Luke's who was confirmed by Pastor Jaekel as a teen -- entered seminary and has served St. Luke's current ministry needs under the mentorship of Pastor Jaekel (now an Atlantic District Vice-President).

Over the years, many physical improvements have been made to our church facilities: a carillon was intalled in 1979, aluminum siding of the church building, educational wing and the parsonage was done in 1981, a new steeple was installed in November of 1982, and St. Luke's Nursery School opened in September of the same year. In June 1988, plans to have the parking lot repaved began.  The interior of the Parsonage was remodeled and repainted, new windows installed and the electrical system was upgraded in 1990 and 1991. The parking lot was finished in May of 1992; St. Luke's completed payments on the parking lot loan in late 2010. The Garden Club beautified the grounds with its plantings of bushes, flowers and ground cover. New church signs were installed. Several of the church offices and meeting rooms were repainted, and the classrooms were remodeled, painted and outfitted with computers.  A new floor was installed in the Fellowship Hall, and a youth room/teachers' lounge was built utilizing a former office and storage space.

In March 2003, St. Luke's Lutheran Church capped off its celebratory 60th Anniversary Year with a dinner at the Cortlandt Colonial Restaurant. The celebration was a tremendous success; it was very well-attended, and the fine food, special guests, entertainment and historical displays made the evening truly enjoyable. Pastor Donald Hoger, who was the guest speaker for the evening, was recognized for his faithful service to St. Luke's through a very difficult period. In addition, a former New York State Senator as well as a New York State Assemblywoman each presented Pastor Hoger with official citations from the state legislature recognizing his lifelong accomplishments and his service to St. Luke's. Both of these honored legislators also personally presented St. Luke's Lutheran Church with citations recognizing St. Luke's Lutheran Church for its 60 years of service in the community.

In the 70+ years St. Luke's has been serving Jesus here in Putnam Valley, more than 600 baptisms were performed, nearly 600 members have been confirmed and more than 225 marriage bonds have been joined at St. Luke's. We have much to be thankful for and hope that the next seventy years will bring greater blessings to St. Luke's Lutheran Church and the communities it serves. 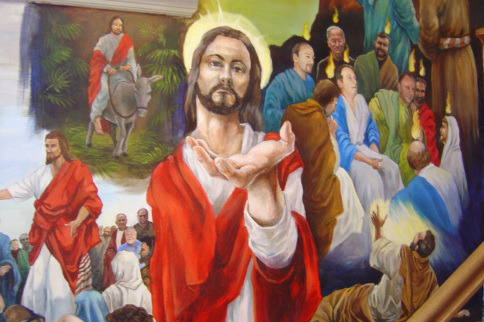